Watermill village settlement settled on a place where the Slunjčica blue-green water flows into the river Korana. The largest number of dwellings was built at the end of the 19th and early 20th centuries. Because of its remarkable natural beauty and historical tradition, Rastoke as a settlement was listed in 1962 under the protection of the State Administration for the Protection of Cultural and Historical Heritage.

Many ancient civilizations as well as modern urban environments testify that water has always attracted man to seek his own boon on its shores.

Concerning this natural phenomenon, precisely in this area, on the “roasted” terrain, the place where the Slunjčica rivers flow into several lanes, leaving among themselves little elevations in the form of waterfalls, man built a settlement called RASTOKE. There he has found his benefit and as such has become its integral part and inseparable blend of nature and man.

Rastoke is a village of ambience and authentic architectural heritage dating back to the 17th century, although some people think this happened earlier.

The largest number of dwellings was built at the end of the 19th and early 20th centuries.

The Rastoke was always a lively place. Wheat was harvested and milled from the nearby villages on a daily basis. Since the place is located on the main road – the link between southern and northern Croatia was the intersection of various collectors and stockbrokers. A rich place of warlike storms and many other social troubles destroyed them and always returned to the beginning.

Even though people had to leave, nature always remained and defied its peculiarity.

During the Homeland War the Rastoke were completely destroyed and devastated. They were renewed with the help of the Ministry of Reconstruction and Development.

Today, all the households have returned to Rastoke and 30 of them live in this place. Their wish is to restore the watermills and economical way of life.

The precondition for this was created last year by building sewerage in Rastoke.

Most of the households rent rooms for tourists. The dread of survival is getting bigger because of the highway, old road Karlovac-Slunj-Plitvice lakes becomes uninteresting to tourists.

This problem could be seen before, and today it is already completely prevented by organized accommodation.
This problem induced the Holjevac family with a property in the center of Rastoke to built a smaller complex of tourist business facilities, and offers them to domestic and foreign tourists.

Family business Slovin Unique – Rastoke d.o.o. was founded in 1997. as a legal carrier of all services. With the help of its own knowledge, effort and immense willingness of Croatian Postal Bank’s credit, the old shadow has turned into a pleasant catering facility.

Today, the company has a fully-fledged vision of future action. 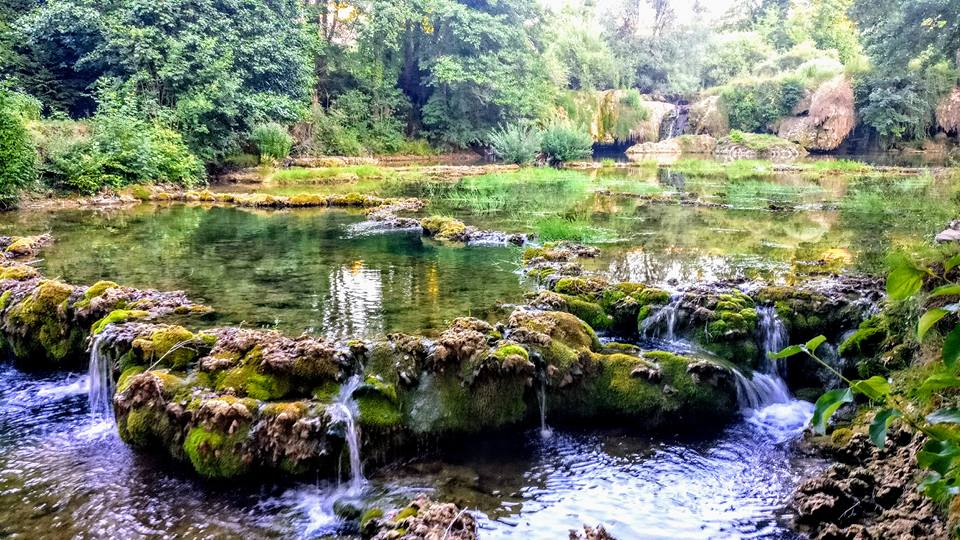 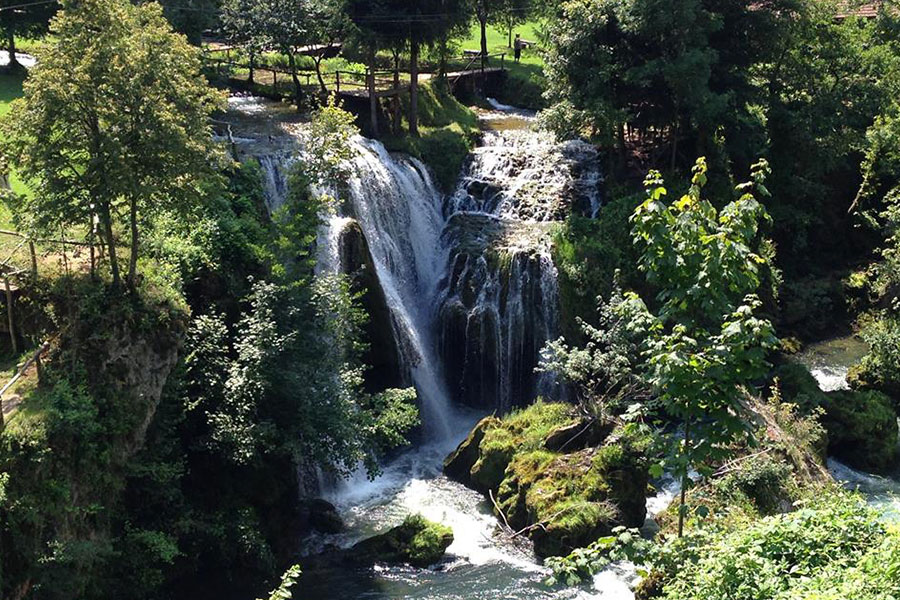 The legend of the villages in Rastoke has as much as the only Rastoke settlement – while millstones swarmed corn and wheat all night, millers hanged out with petrolacks and talked about the various stories of their lives through the night.

During that time – the royal villas would take horses that the millers had left under the shadows to go back home for a while.

Early dawn, the fairies would return horses – sleepy, tired, sweaty, and with a multitude of tiny knitwear worn out of the grave, and they would wash their clothes in Slunjcica, dance around and play, call the millers to join them …

Today they are happy to gather, so all can see them in the waterfall „Vilina kosa“ … 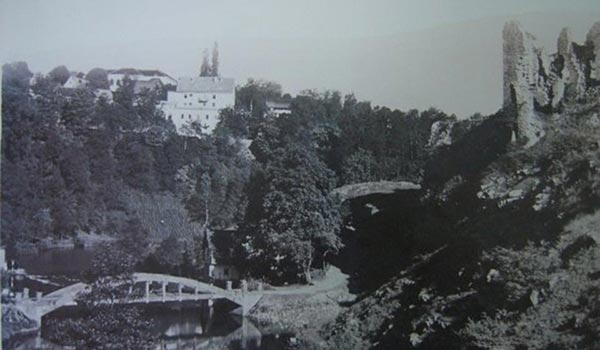 The oldest past of the inhabitants of this area is unexplored and unknown.

Historians perform the name Slunj of the word “Slovin”.

Some say that Slunj was built by the Croatian king Zvonimir, but his name is mentioned in the early feudalism of the 12th century.

Turks more than 13 times attacked the fortified town and Slunj, but for the first time they managed to break into it in 1578, to rob and to ruin it.

The new Franciscan town of Slunj (today the rest, called Gradina) was risen in a strategically advantageous place on the rocky slope of the peninsula of the great river Slunjčica.

Many historians say that Slunj was built in the form of an irregular hexagon, depicted by surrounding four-pole walls, to be able to defend itself from all sides. 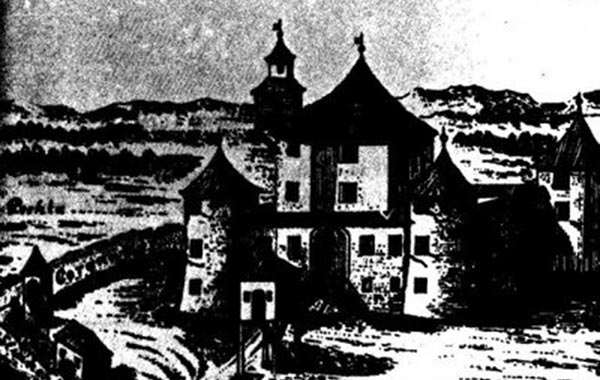 The interesting period of the Rastoke and the Slunj during the French reign in these parts as the easternmost borderline of the Napoleonic Empire.

Although the Napoleon War Campaigns had a conquering character, they also contributed to the spread of new, advanced ideas of the civil revolution such as the abolition of feudal and ecclesiastical privileges, the equal treatment of all levels of citizens in the courts, the respect of each people and the introduction of the national language into schools and public life, liberalization commerce, the democratic basis of administration, the introduction of civil marriage, the freedom of religion.

The French were known for their roadway, crossing and bridging expertise, and the grain storage facilities needed for military purposes, and for nutrition and employment for the underprivileged.

Napoleon’s magazine in Slunj originated in the 19th century.

His army was storing food and weapons.

The Kordun name came into being at the time of the French administration. Slunj was under the protection of Krk Frankopan, developed peacefully until the 16th century, ie Turkish turbulence and ignition.

The fortress on the right bank and settlement on the left bank of Slunjčica were connected by bridge and in later documents are mentioned under the name “Slunj town”.

For some time (in the 15th century), the fortress Slunj with properties had been sold to Zrinsk, but it was the longest property of Frankopan vines, of which Juraj is known and who participated in the Parliament on Cetin.